Let a Master Pitch In - Call for composers

LET A MASTER PITCH IN

for young composers who would like to develop a new work with the intensive mentoring of an internationally known and critically acclaimed composition professor.

Selected participants will receive three individual composition consultations, and, at the end of the process, will present the result of their common work in a brief public discussion, optionally with musical examples. The sessions will take place remotely, in real-time, on a 6-7-day distance from each other. At the conclusion, participants may be commissioned by the Sonus Foundation to develop their work-in-progress into a finished composition and present them at a public performance.

Milica Djordjević (1984, Belgrade, Serbia) graduated composition from the Faculty of Music in Belgrade, where she also finished studies of Sound and Music Recording and Production as well as specialized training in electronic music. She finished postgraduate specialist studies in composition at Conservatoire National de Region de Strasbourg in the class of Ivan Fedele (2007-2009) and graduated with honors. She continued her professional accomplishments in Paris, where she was enrolled in composition and computer music Cursus1 at IRCAM (2009-2010). She finished 3rd cycle studies at HfM Hanns Eisler in Berlin, in the class of Prof. Hanspeter Kyburz. Lives and works in Cologne.

She has been awarded numerous prizes and scholarships (Claudio Abbado Composition Prize of the Berliner Philharmoniker 2020, Ernst von Siemens Composers' Prize 2016, Belmont Prize for Contemporary Music of the Forberg-Schneider Foundation 2015, Staubach Fellowship 2016, 8th Berlin-Rheinsberger Kompositionspreis 2013, The Winner of the Musica Femina München / Münchener Kammerorchester competition 2013/14, The Winner of the Lucerne Festival composition competition 2013,  The Winner of the 8th TICF 2012, the Nikola Tesla Award 2012, First Prize at the ISA05, the Third Prize at the 12th YCM Apeldoorn, Prize of the City of Strasbourg 2008, Finalist of the StaubachPreis competition in Darmstadt 2008, The Alfred Toepfer Scholarship, Scholarship for talents of the Serbian Government 2008, selected for the ISCM World New Music Days 2011, nominated for the April Prize of the City of Belgrade etc.)

Her first monographic CD was published by WERGO in the Edition Contemporary Music (Edition Zeitgenössische Musik) of the German Music Council (Deutscher Musikrat) and it won the Prize of the German record critics - Preis der Deutschen Schallplattenkritik 2017!

Djordjević's music has been performed and broadcast in Europe, USA and Asia.

Composers of any age, nationality, and at any stage of their career, who

The jury will select four composers/works based on the submissions. Selected composers will be notified by February 10, 2023.

The application is free, and the participation for selected composers is free as well thanks to the supporters below.

February 10, 2023 – the announcement of selected composers

If you have any questions regarding the program or the submission process, please contact office@sonus.foundation at least two working days before the application deadline. 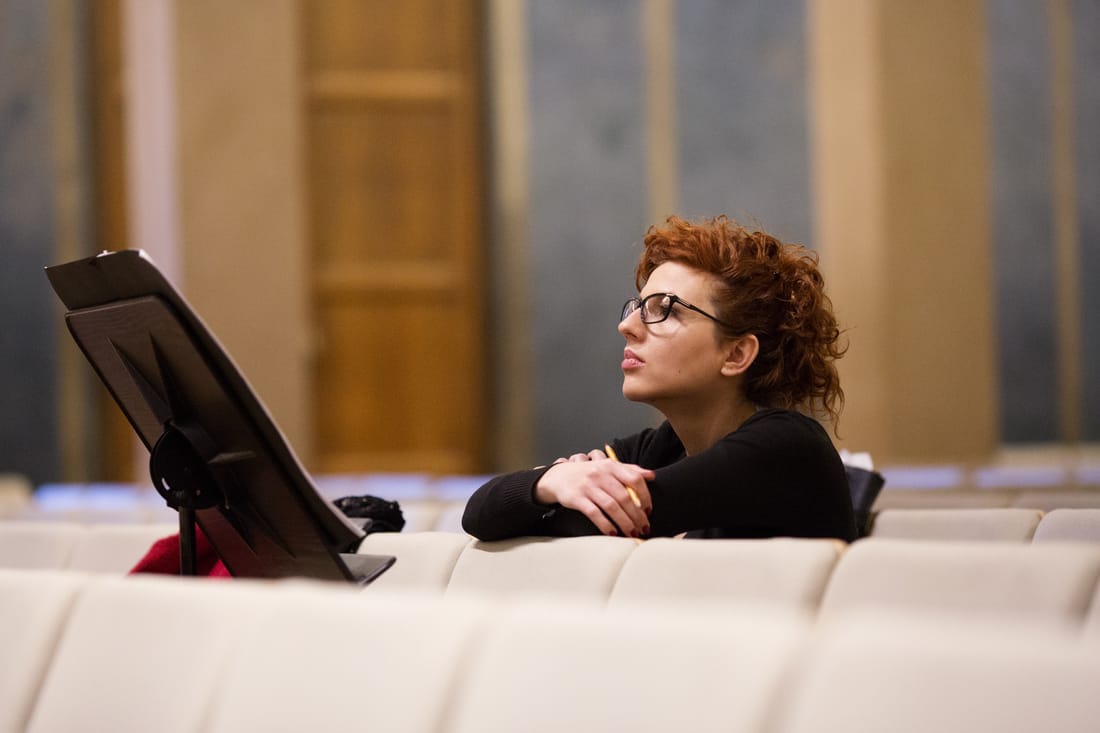